It used to be thought that the brain could not repair or regrow and that any loss of brain cells would be permanent. However, we now know that the brain can repair itself and new brain cells (neurons) continue to be made even in adult brains. In addition, it’s possible to make new connections between brain cells when learning or developing new skills. Similar to the muscles in the body the brain can be exercised and nourished allowing it to heal and improve in function throughout life. 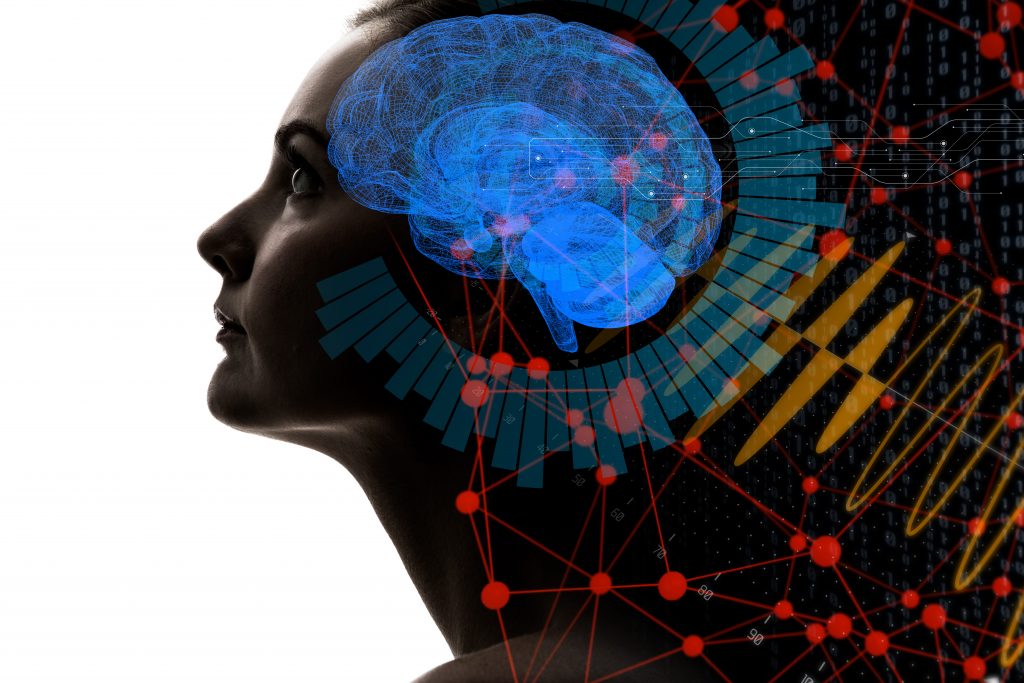 Here are some lifestyle steps to improve brain function:

When we are stressed the body goes into fight or flight mode; stress hormones rise triggering various physiological effects designed to help you out of a dangerous situation. That’s useful every now and then but being constantly exposed to stress hormones takes its toll on the brain and destroys neurons. Learning to relax and keep things in perspective is vital for maintaining a healthy brain. Relaxing activities include tai chi, yoga, breathing exercises or listening to or playing music.

Regular meditation increases the volume and function of the hippocampus which plays a big role in memory.

Sleeping pills, pain killers and anti-depressants all work on receptors in the brain and may affect mental clarity. Long term use may lead to cognitive impairment. Talk to your doctor about your medications and explore alternatives.

Leaving periods of time where no food is taken has been shown to be good for the brain. Having breakfast a bit later and the evening meal a bit earlier is one way to extend the overnight fast.

Having a good social life and spending time with other people is a good way to stay mentally alert (1,2). Be sure to see your friends and family often. If you do not have many who live near you join a club or get to know your neighbours.

There is much evidence to suggest that a Mediterranean diet can be beneficial to brain health (3,4). The main features of the diet are fruit, vegetables, nuts, seeds, olives and olive oil, fish, beans and lentils.

There is evidence that in Asian countries where people regularly consume spices there is a much lower incidence of neurodegenerative diseases than in the western world (5). This may be due to the anti-inflammatory nature and high antioxidant status of many spices. These include turmeric, red pepper, black pepper, licorice, cloves, ginger, garlic, coriander, and cinnamon.

Be physical as much as you can throughout the day. This increases the circulation of blood, oxygen and nutrients to the body and the brain. Exercise may also build connections between brain cells. People who are physically active are more likely to remain mentally sharp into old age than those who are sedentary. One study found that elderly people who engaged in aerobic exercise twice a week for 6 months showed improved spatial and verbal memory (6).

Take up a hobby –

Learning something new creates new pathways in the brain (7,8). Any learning is good and it’s never to late to try something new. Consider painting, drawing, playing a musical instrument, singing, dancing, woodwork, knitting, sewing – whatever you feel drawn to.

Vitamin D is formed by the action of sunlight on bare skin. Vitamin D is vital for many aspects of health including brain health. Being exposed to full spectrum light can also lift the mood and re-set the bio-rhythms of the body.

Get a good night’s sleep –

During sleep the body repairs itself including the brain. Sleep also provides a chance to dream during which the unconscious mind can get to grips with what has happened during the day.

There is a connection between the absorption of aluminium and Alzheimer’s (9). Only use stainless steel pots, ceramic and glass cookware. Aluminium may be found in processed cheeses, pickles, cake mixes, baking soda and some processed foods. Read the labels. Avoid deodorants, douches, shampoos and medicines such as antacids that contain aluminium.